Great news! Wall to Wall’s second album has a release date – September 23th! This is a special day, because it is also Egil’s second re-birthday after a life threatening bone marrow transplant. So stay tuned for more info or check out updates on our facebook page, as they become avalilable. We look forward to sharing our new album with you!

Wall to Wall’s second album is on its way! This album has been several years in the making but we hope RESPITE, as the album so rightfully has been named, will be released in the fall of 2022. Keep your eyes pealed for details, like when you can pre-order your exclusive and elusive copy of the vinyl release, which will only be issued in 100 numbered copies!

New single PAPER UMBRELLA now released!
Find it on your preferred streaming hub or click here for easy access to the most popular sites:

The Debut album WAITING is available DIGITALLY (stream from your favourite site here:) 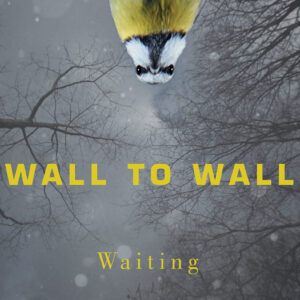 But the album can also be ordered on VINYL from our web-shop in a beautiful array of colors. For more info, check out our online shop.

“…The album dares to jolt, rattle and be dazzlingly beautiful all at the same time,
in a field of tension between lyrical playfulness and cool control.
This is where the sparks truly fly and are seriously felt on this year’s maybe most interesting Danish debut.”

“…Music that is emotional and existential to the core is hard to come by.  An overwhelming exception is the debut album “Waiting” by the duo Wall to Wall.”  “Despite it’s naivistic melodic fragility, … It is in it’s discretely ambitious arrangements, that the music reaches grandure.”

“One senses the feelings behind the lyrics which are painted wall to wall and lift “Waiting out of the dark waiting room and onto the shelf reserved for modern masterpieces which is where “Waiting” rightly belongs!”

In addition to interviews on DR P1 (as well as on the indie channel AK24/7), Wall to Wall has been played on DR P6’s “Weekend med Carsten Holm” and “Morgenbeatet”.